I am a self-professed invertophile. I absolutely adore the myriad forms of insects and other spineless creatures. They are the most diverse and abundant group of organisms on earth, they can be found in every habitat imaginable, they have evolved some of the most complex forms, lifestyles and behaviours, and they are responsible for maintaining essential ecosystem functions and systems. How could one not be utterly awed by them?

I grew up in South Africa and lived on the outskirts of a small town in KwaZulu-Natal. I played on the edge of wilderness and ‘civilisation’ where the veldt and acacia scrub met our mowed lawn and meticulously weeded flower borders. The garden was surrounded by a low wall built from great chunks of blue-grey and rust-coloured igneous rocks (which were displaced by the flower beds) and poured concrete. I travelled in a circuit along these walls and around the garden marvelling at all the life that was to be found here: Citrus Swallowtail butterflies and their peculiarly pungent caterpillars that were resident in our lemon tree; ants that magically appeared around every dropped crumb; checkered yellow and black blister beetles which I knew not to touch; the iridescent snap of a dragonfly’s wings as it hawked overhead. I also kept my share of ‘pets’ that wandered too close to the house and ended up living in jam jars with holes punched through the lid. As I grew older the farther I wandered from the borders described by the walls, drawn further and further away by the towering curiosities that rose out of the earth and teemed with thousands of milky-white termites. I watched trapdoor spiders snatch up prey, ran with solifugids and scampered from scorpions. I carefully turned over logs and rocks and watched centipedes and beetles scurry from the light. I listened to the susurrus hiss of grasshoppers, and when those turned to the chirps of crickets I knew that it was time to head home for dinner. My childhood summers were glorious and almost every day was filled with LIFE.

Now, much later in life and living in London, I still find the presence of wild animals very rewarding. And still, none more so than the invertebrates. They are perhaps not as abundant or as large as those of my youth, but they are all around us even if we need to look a little harder. I now have a number of local patches where I go to observe invertebrates. All within a comfortable walking distance of my apartment and all quite different from one another: a local park, a cemetery and urban nature reserve, a city farm, a medicine garden and community space, and a brownfield site. So far this year I have recorded many species new to these sites, several new to the borough and new to me!

Although I understand that not everyone shares my passion for the myriad creatures that surround us and that some people can be downright hostile towards them; I can’t help but feel that they’re missing out on something quite incredible. And to that point I’ve been thinking a lot about observing and recording invertebrates recently – specifically about how people might get started with it.

How to get involved

There are many ways in which you can become involved with observing, identifying and recording invertebrates. Here, I will specifically discuss casual recording – by this I mean randomly walking through a space of your choosing and observing invertebrates in situ. There are no formalised procedures, no sampling methodologies, just you in nature. I think that this is a great way to become familiar with the variety of life out there. Having said that, you will find a few items incredibly useful for helping you along your new voyage of insect discovery:

I will follow this blog post up with another about different invertebrate sampling methods in the future.

A note on some of the field guides that are available: the Collins Complete Guide to British Insects by Michael Chinery, though by no means complete, is a decent place to start as it covers many of the more common species (>1,500) and was in fact my first field guide. I then moved on to Paul Brock’s A Comprehensive Guide to Insects of Britain and Ireland which, though not comprehensive, goes somewhat further than Chinery, covering more species (2,300) and also includes some of the rarer insects. Most recently (2021) Brock has published Britain’s Insects with WILDGuides which focuses on more popular groups and species. This is an interesting publication with some excellent entries and photography, but covers a reduced number of species (1,653). I own and regularly use all of these but also more specialist guides to various groups of insects. However, when starting out, I would recommend that you get one of these to use in the field and will point out some of the excellent online resources and forums that are also available. Please note that these books are available through other bookshops and online sellers, I have linked to NHBS as they actively support conservation.

How to find invertebrates

How to identify invertebrates

I am not going to spend too much time on this in this blog post (perhaps a future post though), apart from saying that if you are having trouble identifying invertebrates from your field guide you can try some of these generalist Facebook groups: Bug spotters UK, Insects and other Invertebrates of Britain and Europe, Insect Identification, and Insect, Spider and other Arthropod Identification. It is also worth having a look at groups which focus on certain taxa like hoverflies or beetles for more specialist advice.
You could also join a local natural history society or national organisations like the Amateur Entomologists’ Society, British Entomological and Natural History Society and Royal Entomological Society and head out into the field with groups of like-minded people with different levels of identification knowledge. There are also often opportunities to improve your ID skills by attending workshops provided by these organisations and I highly recommend the courses offered by the FSC BioLinks project and Tanyptera Trust.

Through recording wildlife we can determine a number of important data about what animals are found in which habitats. With long-term data we can see if these species change over time and this can help us to understand the drivers of those changes e.g. habitat loss, pollution events, land restoration etc. We can track the movement of species’ distributions in response to large-scale and seasonal effects such as climate change, and we can monitor the conservation status of species in order to identify those most at risk of extinction. Invertebrates are specifically important because it is in their changes that we tend to first detect issues of future conservation concern. I hope that I’ve managed to convince you that this is a worthwhile project to undertake for better understanding these incredible creatures that share the planet with us.

In Britain the recording community is largely voluntary, from people going out into the field to record what’s in their local patch to the experts who verify these records and the county or national recorders who collate it all. There are of course exceptions such as ecologists who might be employed to survey sites for invasive species or for endangered species that might affect construction projects. But for the most part people survey and submit records for their own personal reasons which can be as varied as the number of people involved; whether that’s about wanting to contribute to scientific enquiry, wanting to know more about the wildlife in a local area, or wanting to catch them all…

How to record invertebrates

Recording invertebrates is a two-step process. The first step is what information is kept in your field notebook. I tend to record a bit more information here than I will need for submitting to the recorders/recording societies.

On a new page in my field notebook I always start with this information:

I then start searching for invertebrates and record them each like this:

The second step is to submit your records and there are a few different ways in which you can do this. For the most part I use the online recording website iRecord which a large number of verifiers and recorders use. For more information about how iRecord works take a look at this blog post and video produced by Keiron Derek Brown.

Alternatively you can manage your own database in Excel and provide these records to the national recording scheme or relevant recorder directly via email if that’s what they would prefer.

The more you look…

I have lived in Tower Hamlets for 10 years and in the last few months I have been incredibly fortunate to find three endangered insect species in some of my local patches. This is because I have spent more time looking and got lucky. This is what makes casual recording so exciting for me, you just never know what might turn up. 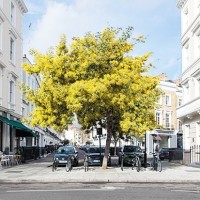